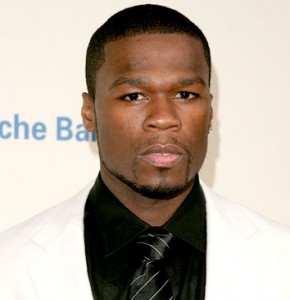 Since R&B artist Frank Ocean came out as bisexual, other hip-hop artists from Jay-Z to Lil’ Scrappy have been voicing their opinions about gay rights, marriage equality, and acceptance of LGBT people in the world of hip-hop. Some, like Jay-Z and Beyonce, had nice things to say. Others weren’t so kind.

In a recent interview with MTV UK, rapper 50 Cent revealed his support for Ocean, saying that the artist’s contributions to the genre were more important than who he fell in love with.

“Anyone that has an issue with Frank Ocean is an idiot,” he said. “I think Frank Ocean is a talented artist, I think he’s created material that made me know his name, that impressed me…[His coming out] could be revolutionary or it could be a tragedy. You can call it brave or you can call it marketing, because it was intentional; it wasn’t an accident.”

50 Cent added that he’s also a supporter of marriage equality: “Obama is for same-sex marriage. If the president is saying that, then who am I to go the other way?”