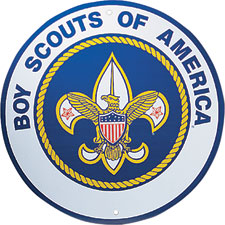 The Boy Scouts of America announced this week they would uphold a policy barring LGBT people from the organization.

The case gained much of its public visibility through Jennifer Tyrrell, a lesbian mom in Ohio who was booted from her position as den leader in her son’s Tiger Scouts group when it was discovered she was a lesbian. She created a petition on Change.org to be reinstated in her role, and it has since accumulated more than 300,000 signatures.

“This isn’t a fight for just gay people, it’s a fight for everyone that feels their rights aren’t being recognized,” Tyrrell said after the decision was announced. “I didn’t just lose out of being a den mother, I was forced to miss a part of my son’s life.”

Just this month, an Eagle Scout named Eric Jones was fired from his job as a Boy Scout camp counselor in Missouri after he came out to the camp director.

“I’d been working on coming out,” Jones told media. “I thought it was time to have my life of scouting and my other life come together.”