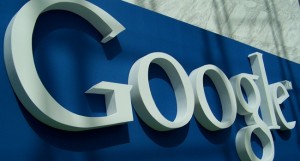 Google’s global “Legalize Love” campaign launched this past weekend in Poland and Singapore. The search giant hopes to expand their LGBTQ rights initiative to every country in which Google has an office, and will put the most resources into the nations in which anti-gay laws exist.

Google’s Mark Palmer-Edgecumbe outlined the initiative at a Global LGBT Workplace Summit, saying. “We want our employees who are gay or lesbian or transgender to have the same experience outside the office as they do in the office. It is obviously a very ambitious piece of work.” He added, “We operate in many countries and have a very globally mobile workforce. We have had a number of instances where we have been trying to hire people into countries where there are these issues and have been unable to put the best person into a job in that country.”

What is the goal of “Legalize Love?” According to Palmer-Edgecumbe, it will take shape over time, and use strategies that develop partnerships between companies and organizations to support grass-roots campaigns. At first, many publications decided to label this as “Google’s Marriage Equality campaign” – but according to the company, marriage equality is not the goal. “Legalize Love’ is a campaign to promote safer conditions for gay and lesbian people inside and outside the office in countries with anti-gay laws on the books,” said a Google spokesperson in a statement.

On the decision to launch in Singapore, Palmer-Edgecumbe said that “Singapore wants to be a global financial center and world leader and we can push them on the fact that being a global center and a world leader means you have to treat all people the same, irrespective of their sexual orientation.”

This is not Google’s first public move in support of LGBT rights. In 2008, Google co-founder Sergey Brin openly opposed the California Prop 8 ban on same-sex marriage on the company’s blog. Two years later, they started providing compensation to LGBT employees to cover the cost of a tax on domestic-partner health benefits that heterosexual married couples do not pay.