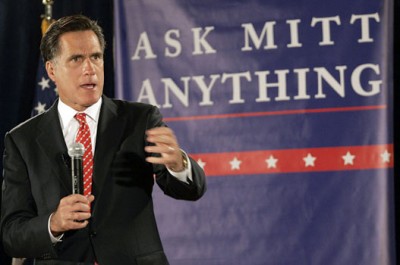 According to documents revealed recently, Mitt Romney gave $10,000 to the National Organization for Marriage – a group that has been exposed in recent days for plans to “drive a wedge” between African-Americans and the LGBTQ community.

The money was given at the time that the National Organization for Marriage was working to pass Proposition 8 banning same-sex marriage in California.

The Human Rights Campaign say that Romney gave the money through his lesser known Alabama PAC in an attempt to avoid drawing national attention to the donation and said it could violate California disclosure requirements. The group said it first learned of the gift from confidential NOM tax records provided by an insider, and those documents listed the money as coming from a PAC address in Massachusetts.

“Mitt Romney’s funding of a hate-filled campaign designed to drive a wedge between Americans is beyond despicable,” said Joe Solmonese, president of Human Rights Campaign. “Not only has Romney signed NOM’s radical marriage pledge, now we know he’s one of the donors that NOM has been so desperate to keep secret all these years.”