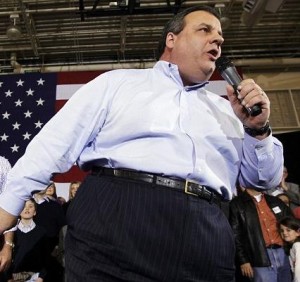 Today the Republican governor of New Jersey, Chris Christie, went against the passage of the general assembly’s vote to legalize gay marriage, and vetoed the bill.

This week, both the state senate and the general assembly passed the bill, even though Christie had said he would exercise his authority if it came down to it, to make sure the people of New Jersey were not treated equally.

“I think this is not an issue that should rest solely in my hands, or the hands of the Senate President or the Speaker or the other 118 members of the Legislature,” said the governor, according to the Star-Ledger newspaper. “Let’s let the people of New Jersey decide what is right for the state.”

Of course, this way of thinking is about as backwards as it gets. As the Prime Minister of Canada, Paul Martin, once said, “the rights of a minority group must always be protected by virtue of their status as citizens, regardless of their numbers. These rights must never be left vulnerable to the impulses of the majority.”

A recent poll shows that 52% (a majority) of New Jersey residents support marriage equality in their state.

Mike Thompson, acting president of GLAAD, said in a press release: “Today, Governor Christie abandoned a majority of New Jersey voters, as well as the officials elected to represent them, who believe that every committed couple should be able to marry the person they love.”