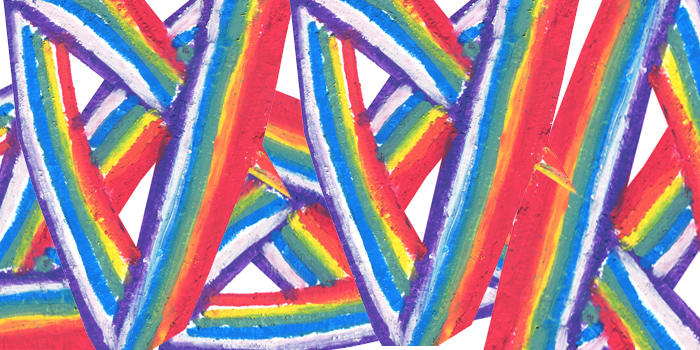 Three in ten LGBTQ youth (40% of transgender youth) will contemplate or attempt suicide. That’s four times more than their heterosexual/cisgender counterparts. Of course, researchers and advocates agree that it’s not their sexuality and/or gender identity that leads them down this path; it’s the stigma and discrimination they face in heterosexist, transphobic world. More than half of LGBTQ youth have been verbally assaulted, almost a quarter threatened with physical violence, one in ten physically assaulted.

LGBTQ youth experience far greater social discrimination and isolation, depression, low self-esteem, negative family interactions and violence than many of their heterosexual/cisgender peers. These youth have to face many potential challenges: hostile or unsupportive families; unsympathetic friends; bullying; guilt; isolation; shame, a lack of control over their lives if they live at home or are not fully independent; as well as religious persecution. All of these factors contribute to a greater risk of depression and suicidal feelings.

That said, LGBTQ people are not doomed to live a life of loneliness and pain! There are so many healthy and proud LGBTQ people in the world leading fulfilling lives. Realizing that you are not alone and finding the support that you need whether its medical, psychological or community-based – is absolutely essential to your survival, and to one day thrive.

If you are feeling depressed or if you are considering suicide – call The Trevor Hotline, which is a 24-hour toll-free suicide prevention line aimed at gay, lesbian, bisexual, transgendered, and questioning youth: 1-866-4-U-TREVOR.

GLBT NATIONAL YOUTH TALKLINE: 1-800-246-7743
(The GLBT National Youth Talkline provides telephone and email peer-counseling, as well as factual information and local resources for cities and towns across the United States.)

GLBT NATIONAL HOTLINE: 1-888-THE-GLNH
(The Gay, Lesbian, Bisexual and Transgender National Hotline provides telephone and email peer-counseling, as well as factual information and local resources for cities and towns across the United States.)

GAY, LESBIAN, BISEXUAL, TRANSGENDER HELPLINE: 617-267-9001 or Toll-free: 888-340-4528
(anonymous and confidential phone lines that offer gay, lesbian, bisexual and transgender adults and youths a “safe place” to call for information, referrals, and support. In addition to issues like coming out, HIV/AIDS, safer sex and relationships, our trained volunteers also address topics such as locating GLBT groups and services in their local area.)

IT GETS BETTER
(Dan Savage’s You Tube Channel of LGBTQ testimony and encouragement!)