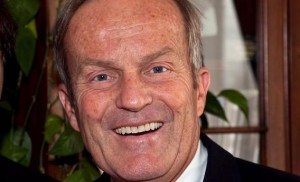 Rep. Todd Akin ignited a media firestorm a few days ago with offensive and inaccurate comments about rape, and the Washington Blade notes his track record with LGBT people isn’t great either.

In an interview Sunday, Akin was asked whether a woman who becomes pregnant after being raped should have the option of having an abortion. He responded, “If it’s a legitimate rape, the female body has ways to try to shut that whole thing down. But let’s assume that maybe that didn’t work or something. I think there should be some punishment, but the punishment ought to be on the rapist and not attacking the child.”

Akin drew nationwide criticism for apparently claiming that some rapes are not “legitimate,” and he apologized the next day. But as the Blade points out, ignorance and insensitivity may be a part of who he is: he has consistently scored a “0” on the Human Rights Campaign’s annual congressional scorecards for his anti-gay record, including opposition to LGBT people serving in the military and a strong stance against marriage equality.

“From a practical point of view, to preserve our civilization and society, it’s important for us to preserve marriage,” Akin has said. “Anybody who knows something about the history of the human race knows that there is no civilization which has condoned homosexual marriage widely and openly that has long survived.”

Scores of people, including Mitt Romney, have called on Akin to drop out of the Senate race over his comments. He says he’ll stay the course and stay in the race – now that’s a legitimate shame.