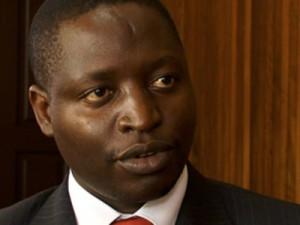 David Bahati, the extremely homophobic Ugandan politician who, with backing from several American evangelical leaders, created a bill that would seek the death penalty for gay people; is back in the spotlight.

In 2009, his now infamous “Kill the Gays” bill was first introduced. The bill never came before the full legislative body for a vote, even though it was well supported by many Ugandans. The hateful bill sparked an international outcry against the bill, including condemnation from the United States and Europe.

Bahati claims that homosexuality poses a serious threat to family values and that his bill has helped raise public awareness about what he calls “the dangers to our children.”

Bahati has now returned to the table to try and get his bill passed, and has said he is open to removing the death penalty provision in an attempt to get it passed.

Facing possible aid withdrawal from several countries, the Ugandan government has denied supporting this latest anti-homosexuality bill, but said that the measure will now be taken for debate in the legislature in line with the nation’s democratic system.