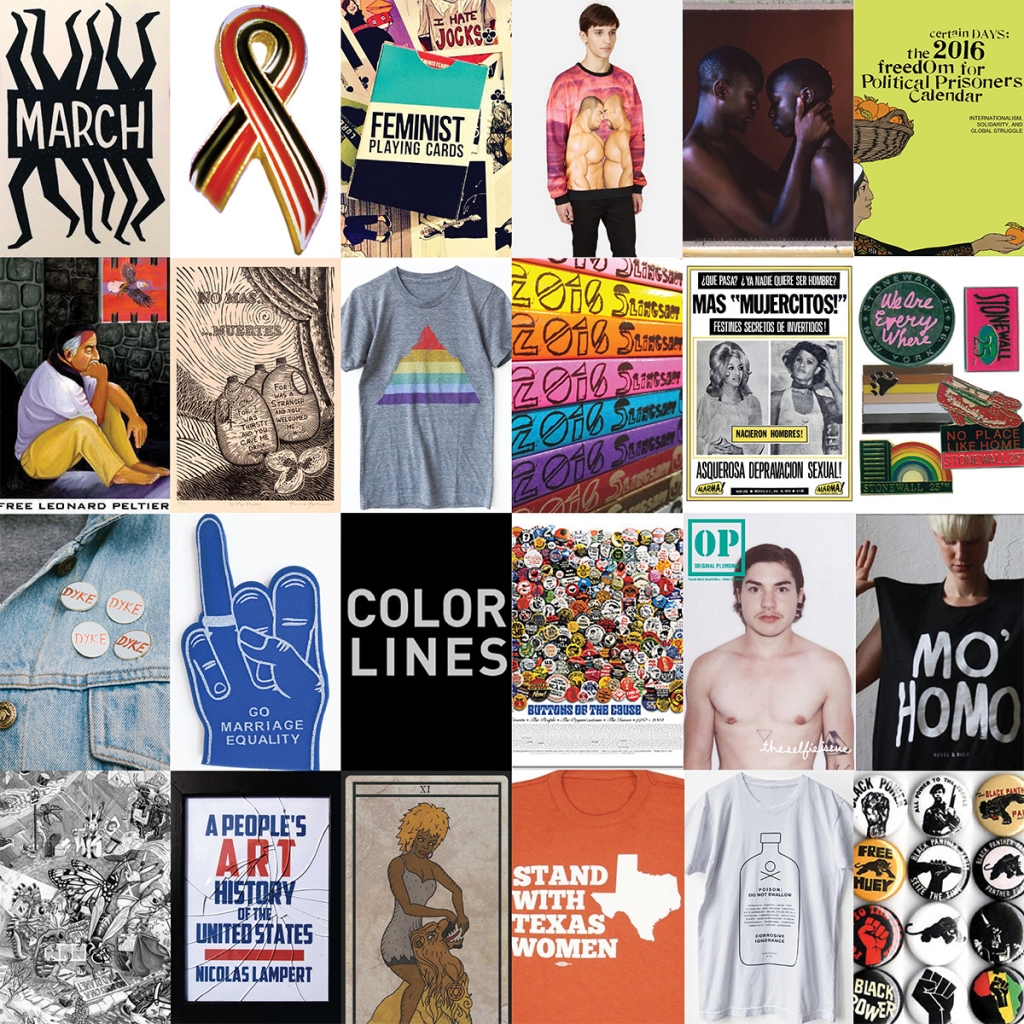 Overwhelmed by searching through gift guides full of tech gadgets and novelty stocking stuffers looking for a meaningful present? Gifts that benefit a cause, educate, and affirm identity are immensely satisfying to give and receive! So to help alleviate some of that holiday consumerism depression, we’ve made a carefully curated list of gift ideas for people who care about social & environmental justice. Books, t-shirts, art, organizers, pins, playing cards, zine recommendations and more, focusing on a wide range of issues – like feminism, transgender culture, political art, racial justice, environmental activism, prisoner justice, black power, and LGBT visibility.

So, encourage a friend’s dedication to activism with a present that inspires! Give an LGBT family member a gift that shows you support them and care about equality too. Maximize the impact of your gift giving by buying from organizations where the proceeds from sales fund their work – you’ll have bought a gift and made a donation at the same time. Happy Holigays!

Just Seeds artist and printmaking collective makes the best political posters around…. beautiful and radical works of art. Check out their large silkscreened posters and the Celebrate People’s History poster series. You can buy them as a pack  – $50 for 16 colour posters representing labor struggles over the past 100 years, from the Red Feds in New Zealand to the Battle of Blair Mountain to Dolores Huerta. You save $30 when buying these posters as a set! 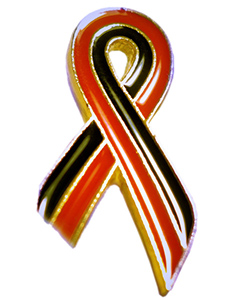 The BLCKLIVES Lapel Pin is an excellent item to show you believe black lives matter. The ribbon is a symbol of solidarity, awareness and protest against the incessant police brutality and senseless black murders that have historically and, most recently, been occurring across our nation. The colors red and black have been selected; red representing the innocent blood that has been shed in the black communities, black for the innumerable blacks, whose lives have been lost due to excessive use of force by police, senseless drug or gang related activities and hate crimes based on their gender or sexual identity. ALL BLACK LIVES MATTER.

BLCKLIVES Awareness Campaign is a fund-raising mechanism to address the need of the Black community and the ongoing struggle for equity. One hundred percent (100%) of all net proceeds are distributed among the Black Lives Matter International Organization, Black Youth Project 100, Hands Up United, Black Women’s Blueprint, Free America, Project South, HBCU Foundation and numerous Black churches most recently burned. 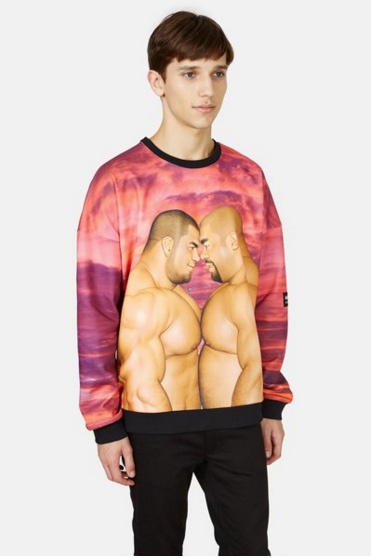 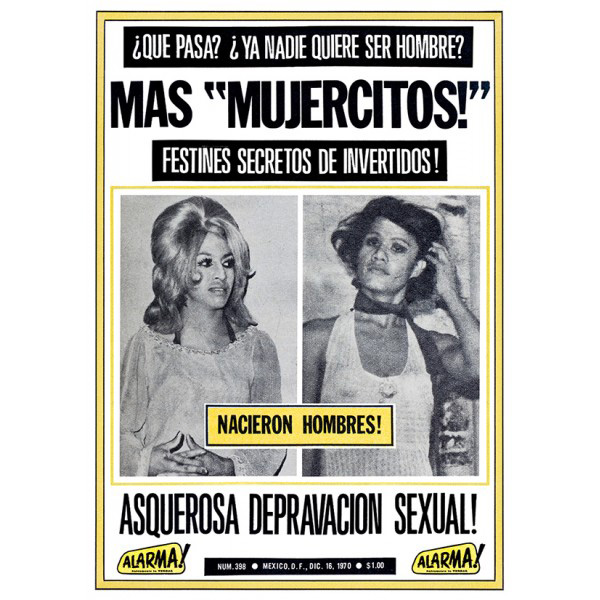 We love this exquisite and brilliant art book by academic Susana Vargas. Mujercitos is a beautifully designed and fascinating collection of curated vintage photographs of “mujercitos,” (a derogatory pun to describe effeminate men) taken by “Alarma!” journalists at raided private parties, bar scenes, and in police photos. “Alarma!” was the most popular Mexican true crime magazine from 1963-1986, and “mujercitos” were regularly found in its pages, often posing, often sexualized. These photos were accompanied by sensationalistic, highly transphobic and homophobic headlines and stories. Recontextualized by Vargas, the photos and text in “Mujercitos” tell a complex story of the interconnectedness of many forms of oppression in Mexican society as well as a history of resistance, refusing to be invisible, and expressing identity in the face of criminalization, racism and gender identity-based violence. 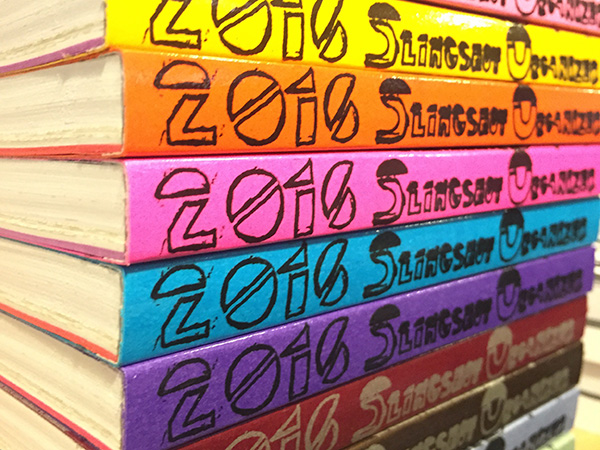 Essential item for all activists, the classic pocket version of the Slingshot organizer is a 176 page planner (4.25 inches X 5.5 inches) with radical dates for every day of the year, space to write your phone numbers, a contact list of radical groups around the globe, menstrual calendar, info on police repression, extra note pages, plus much more. Choose from 15 cover colors printed with either black or silver ink. Very educational and useful! 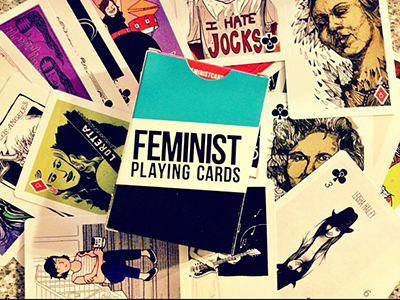 A deck of playing cards featuring illustrations of influential feminist musicians by 14 feminist artists. A project of Homoground.

Since you’re here you probably already know our line, but Revel & Riot t-shirts are perfect for LGBTQ friends and family, allies, and anyone who cares about social justice and equality. Our popular collaborations like the Tegan and Sara LGBTQ animals t-shirt, the “It’s All FUN. and Gay ‘Til Someone Loses Their Rights” t-shirt and many more, including the poison bottle, rainbow mountain, transgender anchor.. we’ve got something for everybody! We are a non-profit organization using the t-shirt to promote LGBTQ pride, visibility, equality and justice. The sale of our shirts completely fund our organization. 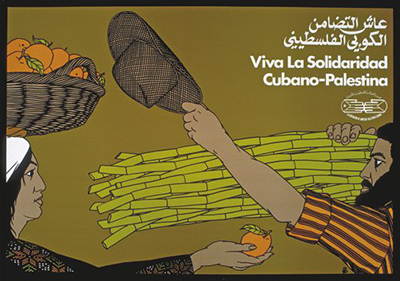 The calendar features 12 pieces of writing and 12 full color pieces of art – written and created by political prisoners themselves, and activists and supporters on the outside. It is a joint fundraising and educational project between outside organizers in Montreal and Toronto, and three political prisoners being held in maximum-security prisons in New York State: David Gilbert, Robert Seth Hayes and Herman Bell . All of the members of the outside collective are involved in day-to-day organizing work other than the calendar, on issues ranging from refugee and immigrant solidarity to community media to prisoner justice, working from an anti-imperialist, anti-racist, anti-capitalist, feminist, queer and trans positive position.

Today’s anti-war, anti-globalisation, and anti-colonial movements are rooted in the history of earlier struggles for justice, including the mass movements of the 60s and 70s. Many of the political prisoners and prisoners of war featured in this calendar were organisers during that period: members of the Black Panther Party, or the American Indian Movement; Puerto Ricans fighting for their homeland, or white anti-racist allies working in solidarity with oppressed peoples. Some of them have been in prison SINCE THAT TIME – 35 years or more. Yet these prisoners are not relics of past movements; they are still active in their political work, and despite the hardships of organising in prison, they continue to organise for justice in the present day, justice behind bars and justice on the streets. This calendar is our tribute to them. 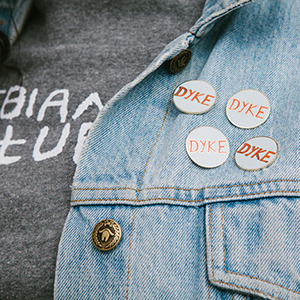 OtherWild is a super cool shop, community space and workshop located in Los Angeles, CA. They’ve paired up with the Lesbian Herstory Archives to make this rad enamel DYKE pin. Tons of other great stuff in their online store too!

Colorlines is one of our favourite news sites, devoted to racial justice,and equality, reporting on everything from arts & culture, to economic justice, to gender & sexuality, to national security. It used to be a print magazine but now is a fully digital, interactive news site. You can sign up for their periodic informative newletters and get access to their award winning investigative journalism. Free to sign up, but better yet, donate to support this essential publication.

Original Plumbing Online serves as the ultimate go-to for the latest and most pertinent info on trans* culture and experience. Original Plumbingʼs purpose is to create visibility and community for transgender people and their allies from across the LGBTIQA spectrum and beyond. 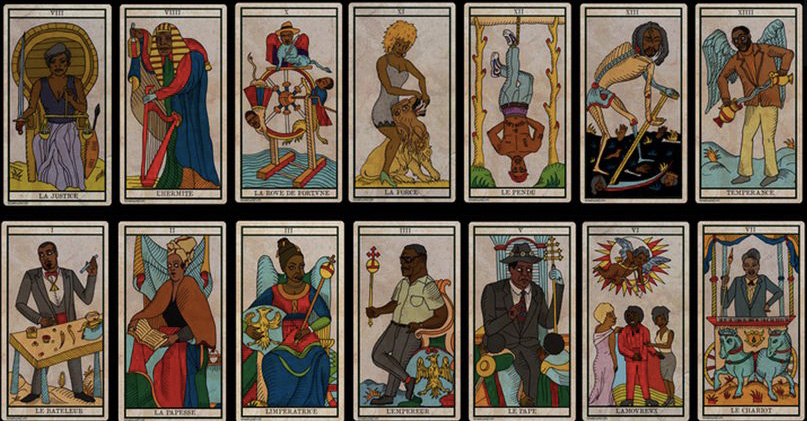 With the seal of approval from tarot maestro Alejandro Jodorowsky, comes these beautifully illustrated tarot cards by artist Michael Eaton and arranged and edited by King Khan. “The Black Power Tarot” is a version of the Tarot De Marseilles featuring black activists, public figures, comedians, musicians and important historic figures like Malcolm X, James Brown, Chuck Berry, Howlin’ Wolf, Sister Rosetta Tharpe and more. These appear to sold out, but if you can find a set, they’re awesome!

The Beehive Design Collective is an all-volunteer, activist arts collective dedicated to “cross-pollinating the grassroots” by creating collaborative, anti-copyright images for use as educational and organizing tools. You’ve got to check out their HUGE, intricate, deep and brilliant posters on topics such as environmental justice, anti-imperialism, international solidarity, resisting biotechnology, and more. 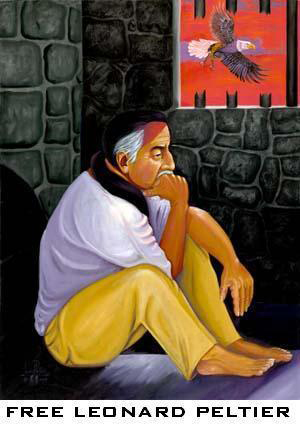 Leonard Peltier (of the Anishinabe, Dakota, and Lakota Nations) is a political prisoner who has been incarcerated for 40 years for a crime he did not commit. Donate to his defense fund and their initiative to urge President Obama to grant him clemency before leaving office.

The Leonard Peltier Defense Fund coordinates an ongoing international freedom campaign to win Leonard’s release. They do outreach and networking; local, as well as national and international organizing; public education; media relations; and political lobbying. The ILPDC also works in solidarity with other political prisoner organizations and those seeking environmental and social justice, advocates for Indigenous and human rights, and the movement for prison reform.

Buttons of the cause poster $10 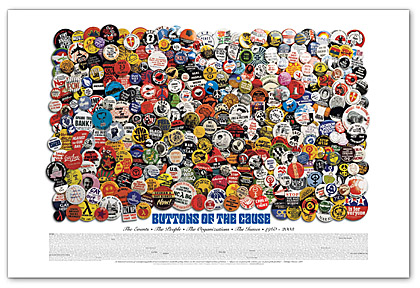 24″ x 36″ poster created by a button collector and activist from his personal collection of hundreds of buttons from the 1960’s and ’70’s. From Malcolm X to Generation X…from Black Power to nuclear power – this poster took 43 years to create. Over 370 original buttons and 260 historical footnotes. 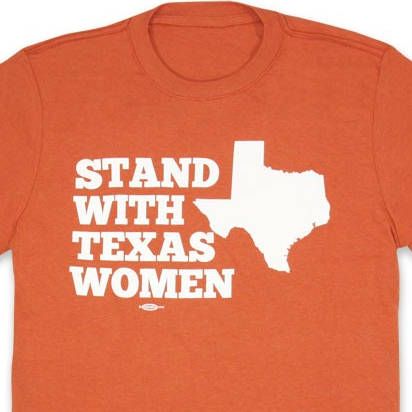 Support the essential work of Planned Parenthood, an organization delivering vital reproductive health care, sex education, and information to millions of women, men, and young people worldwide. Having been a crucial support to the LGBTQ community for decades, and under attack for leading the reproductive health rights movement today, it is more important that ever that we #StandWithPP. Buy some of their merchandise or donate! 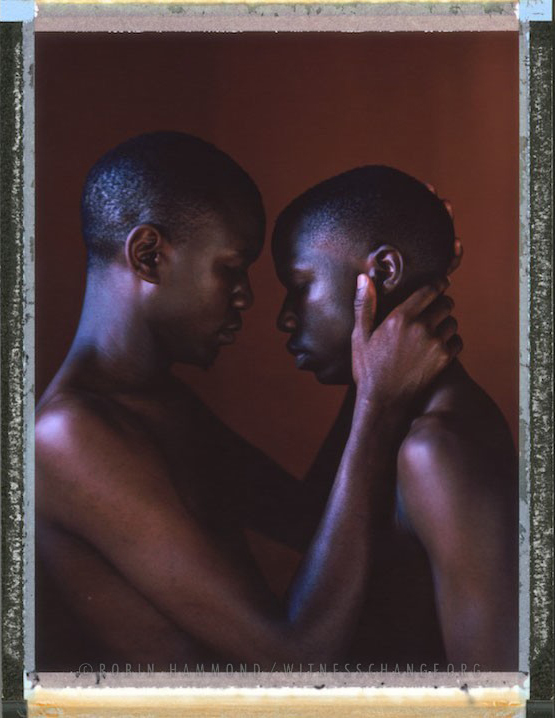 It’s pricey, but it’s the gift that keeps on giving!