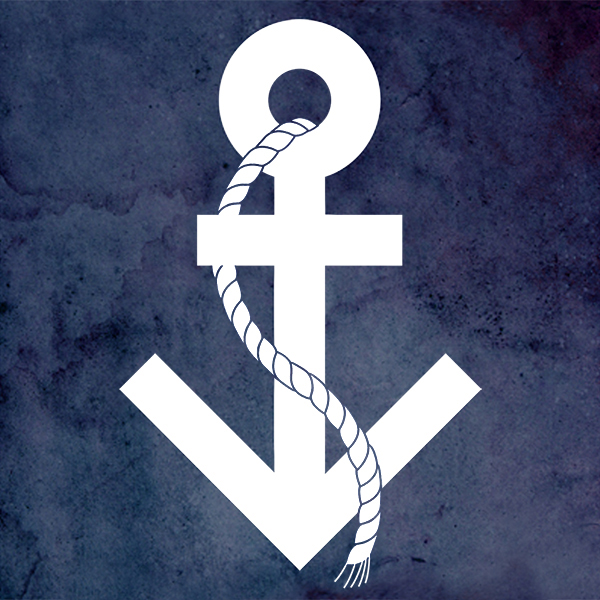 Transgender is a broad term used to describe anyone whose gender identity or gender expression is different from the gender they were assigned at birth, without necessarily undergoing genital sex-reassignment surgery. Transgender individuals have socially transitioned from the sexed identity they were assigned at birth to the sexed identity that most closely matches their chosen gender identity.

Trans* (with an asterisk) works as an umbrella term to include transsexuals, cross dressers, drag kings and queens, gender non-conforming, non-binary gender identities, genderqueer and intersex people. This expansive use of the term, encompasses the intellectual and political promise of trans critical studies and transgender studies.

Trans is most commonly used to identify people who are not cisgender. Cisgender describes people who never think about what their gender identity is because it matches their sex at birth.

We believe in gender self-determination, that is, that all people have the right to self-define their gender identity and expression, and while doing so be free of discrimination and violence. To treat a transgender person with respect, it is ok to ask politely which pronoun you should use when referring to them. Refer to their gender identity and not the sex assigned at birth.

How is gender identity different from sexual orientation?

Gender identity refers to the way you internally understand your gender. It is about the internal sense of masculinity or femininity that a person feels. Sexual orientation is our attraction to someone else of the same or different gender or both. It refers to the kinds of sexual relationships you have with others. Transgender people, like cis gender people, can have any kind of sexual orientation and identify as heterosexual/straight, bisexual, homosexual/gay/lesbian or queer. For example, a trans man and a cis man, can feel attraction to other men (and identify as gay).

How does someone know they are transgender?

This question is similar to asking, how does someone know they are gay or lesbian? For some people being transgender is something they always knew, since birth. For others, it is something discovered later in life. Some people may spend years feeling like they don’t fit in without really understanding why, or may try to avoid thinking or talking about their gender out of fear, shame, or confusion.

When you look across cultures, you will find that people have had a wide range of beliefs about gender. Some cultures look at people and see six genders, while others see two. Some cultures have created specific ways for people to live in roles that are different from that assigned to them at birth. In addition, different cultures also vary in their definitions of masculine and feminine. Whether we view someone as transgender depends on the cultural lenses we are looking through as well as how people identify themselves.

What’s the difference between being transgender and being intersex?

People with biological differences in gender may be considered intersex; they may or may not identify as transgender.  Biologists tell us that sex is a complicated matter.  Some people think that determining who is male or female at birth is a simple matter of the external anatomy, but there’s actually a lot more to it. Every year, an estimated one in 2,000 babies are born with a set of characteristics that can’t easily be classified as “male” or “female.” People whose bodies fall in the vast continuum between “male” and “female” are often known as intersex people.

A person that has XX chromosomes is generally considered female, while a person with XY chromosomes is generally considered male. However, there are also people who have XXY, XYY, and other variations of chromosomes; these genetic differences may or may not be visibly apparent or known to the person. Some people are born with XY chromosomes, but are unable to respond to testosterone and therefore develop bodies with a vagina and breasts, rather than a penis and testes.

Intersex people have reproductive anatomy or genes that don’t fit typical definitions of male or female, which is often discovered at birth.

On the other hand, being transgender has to do with your internal knowledge of your gender identity. A transgender person is usually born with a body and genes that match a typical male or female, but they know their gender identity to be different.

Do transgender people have a mental illness?

No, but this remains a stereotype about transgender people. Gender Identity Disorder (GID), now called Gender Dysphoria, is listed in the Diagnostic and Statistical Manual-5th Edition (DSM-V), a guide used by mental health professionals to diagnose psychological conditions. Both GID and Gender Dysphoria describe a condition in which someone is intensely uncomfortable with the gender assigned at birth and strongly identifies with, and wants to be, the opposite gender. For some people, this leads to emotional distress. The shift from GID to Gender Dysphoria, which happened with the 5th edition of the Manual in 2013, reflects the disagreements between birth gender and identity being pathological. Moreover, there are people who are not in distress and are not seeking medical attention while living with a cross- gender identification.

Transgender people and their allies have pointed out that distress in Gender Dysphoria is not an inherent part of being transgender. Many times, the distress that accompanies transgender people arises as a result of external prejudice, from culture that stigmatizes people who do not conform to gender norms.

The pain of distress can often can be relieved by freely expressing our genders, wearing clothing we are comfortable in, and, for some, making a physical and or social transition from one gender to another. For people who identify as transsexual, counseling alone, without medical treatment, is often not effective. Our society is, however, very harsh on gender-variant people. Some people when transitioning have lost their families, their jobs, their homes and their support. Transgender children may be subject to abuse at home, at school or in their communities. A lifetime of this can be very challenging and can sometimes cause anxiety disorders, depression and other psychological illnesses. These are not the root of their transgender identity; rather, they are the side effects of society’s intolerance of transgender people.

What does “gender transition” mean?

Gender identity is how you feel internally, what you know about your gender, for example, if you feel you are a man or a woman or another gender. Gender expression is how you present this gender on the outside, through mannerism, behavior, clothing, style, voice and other presentation characteristics.

When a person begins to live according to their gender identity, rather than the gender they were given by the doctors when they were born, this time period is called gender transition. This decision is not easy on our culture and takes a lot of reflection. Because our society is sex segregated and there is a structural gender violent norms (bathrooms for men and women are severely policed), people that decided to transition are at constant risk and many lose their family and support when they decide to transition.

Despite those risks, living according to one’s gender identity is life-affirming and even life-saving.

There are a variety of paths that people follow in a gender transition, and these may or may not include changing your name, clothing, appearance and preferred pronouns (like “she,” “he,” or “they”). If they can, some people change their identification documents, like their driver’s license or passport, to better reflect their gender. Some transgender people undergo hormone therapy or other medical procedures to change their physical characteristics and make their body match the gender they know they are.

The World Professional Association for Transgender Health has these guidelines, called the Standards of Care (SOC) and they outline a series of steps that people may take to explore and complete gender transition. These may include:

We believe that people should make their own decisions about their health care, based on their own individual needs, preferably in consultation with trans positive medical and mental health professionals. Different transgender people may need different types of transition-related care. While not everyone needs transition-related medical treatments, there is an overwhelming consensus in the medical community that they are medically necessary for many transgender people and should be covered by private and public insurance. Every major medical organization in the United States has affirmed that transition-related medical care is safe and effective, and that everyone who needs it should be able to access it. Unfortunately, this critical care is often denied by insurance companies, often in spite of state and federal laws.

What is the difference between being transgender and being gender non-conforming?

Being gender non-conforming means not conforming to gender stereotypes. For example, someone’s clothes, hairstyle, speech patterns, or hobbies might be considered more “feminine” or “masculine” than what’s stereotypically associated with their gender.

Gender non-conforming people may or may not be transgender. For example, some women who were raised and identify as women present themselves in ways that might be considered masculine, like by having short hair or wearing stereotypically masculine clothes. The term “tomboy” refers to girls who are gender non-conforming, which often means they play rough sports, hang out with boys, and dress in more masculine clothing.

Similarly, transgender people may be gender non-conforming, or they might conform to gender stereotypes for the gender they live and identify as.

What does it mean to have a gender that’s not male or female?

Some transgender people do not identify as man nor a woman, and may use terms like non-binary or genderqueer to describe their gender identity. Those who are non-binary often prefer to be referred to as “they” and “them.”

What does it mean to crossdress?

Crossdressers wear the clothing generally associated with the opposite gender because it gives them a sense of happiness and fulfillment. They may also wish to express more than one aspect of their personalities—both a sense of masculinity and a sense of femininity—that are part of them. Crossdressers, drag queens and drag kings like to change their appearance at times while generally identifying with the gender they were assigned at birth. People used to believe that crossdressing was a purely sexual fetish. Now, however, we know that for most people it is much more complex than that. While crossdressers may find it sexually appealing and gratifying, they may also experience emotional and psychological fulfillment from it. It is one way that people may express who they are.

Transgender, transsexual, intersex and other gender non-conforming people are subjected to persistent and severe discrimination in many realms, from employment, to education, health care, and social and legal services. When in conjunction with low-income, particularly those in communities of people of color and immigrants, trans people suffer even more sever discrimination and rising rates of incarceration. Because incarceration systems are sex-segregated, trans people suffer serious problems of inaccessibility, harassment and violence if their gender identity or expression is different than their birth sex. Transgender, transsexual, intersex and gender non-conforming people are disproportionately poor, homeless, and incarcerated, and are 7-10 times more likely to be a victim of murder.

In the United States, laws, policies and attitudes are trying to change. More and more employers, for example, now have policies which ban discrimination based on gender identity; they recognize that intolerance is bad for business. However, this has not translated in actual changes for those transgender people, especially if they are low income, people of color and immigrants. Even though anti-discrimination laws include gender identity, these laws have not worked very well, because the “evidence” necessary to demonstrate a trans person has been subjected to discrimination is very hard to verify and corroborate.

The transProud Glossary by Warren Blumenfeld

The Transgenderism Glossary by Madeline Wyndzen.

The transadvocate glossary by Cristan Williams

Diane Wilson notes that Some Transgender Definitions are approximately correct and soft around the edges.

The Fenway Health Glossary of Gender and Transgender Terms