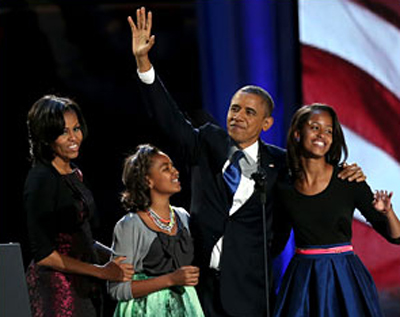 A quick look at LGBTQ victories in the 2012 U.S. election:

Barack Obama has been elected to a second term as President of the United States. In his victory speech he stated “I believe we can keep the promise of our founders, the idea that if you’re willing to work hard, it doesn’t matter who you are or where you come from or what you look like or where you love. It doesn’t matter whether you’re black or white or Hispanic or Asian or Native American or young or old or rich or poor, able, disabled, gay or straight, you can make it here in America if you’re willing to try.”

Republican Mark Grisanti, who voted for marriage equality in NY is reelected to the Senate.