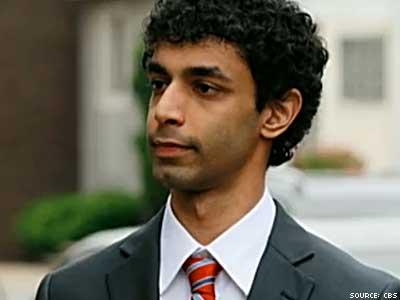 Dharun Ravi, the former Rutgers University student convicted of bias intimidation after taping his gay roommate via webcam, was released from prison June 19. He served 20 days of his 30-day sentence, given five days off for good behavior and five days off for working.

In September 2010, Ravi used a webcam to record his roommate Tyler Clementi in a sexual encounter with another man. He invited others to watch live-streamed images of Clementi and the man online, and Clementi subsequently committed suicide. Earlier this year, Ravi, now 20, was convicted of 15 charges including bias intimidation, invasion of privacy and evidence tampering. He was ordered to serve 30 days in jail, evading a maximum punishment of 10 years in prison, plus three years’ probation, 300 community service hours, and a $10,000 donation to an organization that assists victims of hate crimes. He will also undergo counseling.

Steven Goldstein, chairman of the New Jersey LGBT organization Garden State Equality, had the following to say about the case:

“Had Ravi gotten two years’ jail time, or a year — or heck, even six months — any of those would have better reflected a balance of crime and punishment without vengeance for the sake of vengeance. Instead, 20 days in jail was a fleeting and repugnant non-lesson for a young man who passed up nearly every chance to show remorse.”