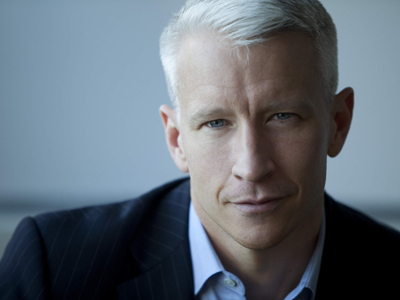 CNN reporter and talk show host Anderson Cooper came out as gay on Monday, confirming what many media personalities had long believed to be true, but what Cooper himself had never revealed in the public eye.

Cooper came out in an email to personal friend and Daily Beast writer Andrew Sullivan. Sullivan asked Cooper to respond to “gay people in public life who come out in a much more restrained and matter-of-fact way than in the past.” Cooper had been well known for refusing to discuss matters of his personal life with the press, stating that he didn’t want his subjectivity to interfere with his work as a journalist. He allowed Sullivan to publish his email response. Here’s an excerpt:

“I’ve always believed that who a reporter votes for, what religion they are, who they love, should not be something they have to discuss publicly. As long as a journalist shows fairness and honesty in his or her work, their private life shouldn’t matter. I’ve stuck to those principles for my entire professional career, even when I’ve been directly asked “the gay question,” which happens occasionally. I did not address my sexual orientation in the memoir I wrote several years ago because it was a book focused on war, disasters, loss and survival. I didn’t set out to write about other aspects of my life.

Recently, however, I’ve begun to consider whether the unintended outcomes of maintaining my privacy outweigh personal and professional principle. It’s become clear to me that by remaining silent on certain aspects of my personal life for so long, I have given some the mistaken impression that I am trying to hide something – something that makes me uncomfortable, ashamed or even afraid. This is distressing because it is simply not true.

I’ve also been reminded recently that while as a society we are moving toward greater inclusion and equality for all people, the tide of history only advances when people make themselves fully visible. There continue to be far too many incidences of bullying of young people, as well as discrimination and violence against people of all ages, based on their sexual orientation, and I believe there is value in making clear where I stand.

The fact is, I’m gay, always have been, always will be, and I couldn’t be any more happy, comfortable with myself, and proud.”

Kelly Ripa, Neil Patrick Harris, Ellen DeGeneres, and other celebrities gay and straight tweeted messages of support after news of Cooper’s announcement broke. Actress Kathy Griffin also published a column in the Daily Beast explaining why she “would never have dreamed of” outing her friend, which she concludes: “I love my friend Anderson and remain immensely proud of him. And I’m honored, truly, that he considers me a friend. But I just want him to be careful. Of course he wouldn’t be doing his job if he really were being careful. And he wouldn’t be who he is.”