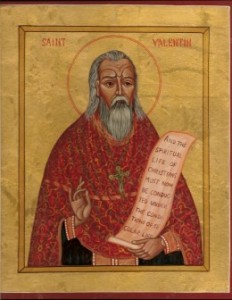 Valentine’s Day got it’s moniker from St. Valentine, a third century priest who made a name for himself by performing secret weddings and who was martyred on February 14, 270. But that’s not where the ritual of Valentine’s day began. In fact, like most Christian-themed traditions, this one is also steeped in Pagan history.

The pagan origins of Valentine’s Day started with a Roman festival called Lupercalia, which was held (in February) in honor of the Goddess of Fertility – Juno, and in celebration of the coming spring. The Romans considered this to be a time of love, renewal and purity, and performed many fertility rituals during the festival. One of the customs included the drawing of names from an urn, in which couples were formed through the names drawn. This game was known to result in many marriages.

As with most holiday traditions, Valentine’s Day has completely transformed in modern society to become a festival of guilt-motivated consumerism. The U. S. Greeting Card Association claims that there are over 190 million Valentine’s Day cards sold every year, and worldwide, it is estimated that over $14 billion is spent each year for Valentine’s Day related gifts. 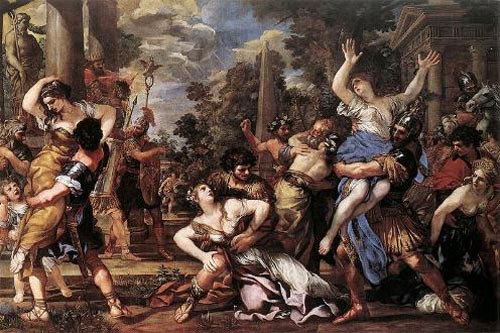 So, amongst all the rampant spending and last-minute gift-giving, we want to remember what the holiday was meant to celebrate in the first place – love, renewal and purity. Three ideas we can all get behind. But where do LGBT people stand when it comes to Valentine’s Day?

Despite the last several years of increasing LGBT visibility, gay, lesbian and trans people still remain largely missing from traditional media when it comes to finding images and representations of themselves as romantic and loving couples. Valentine’s Day isn’t an exception to this rule. 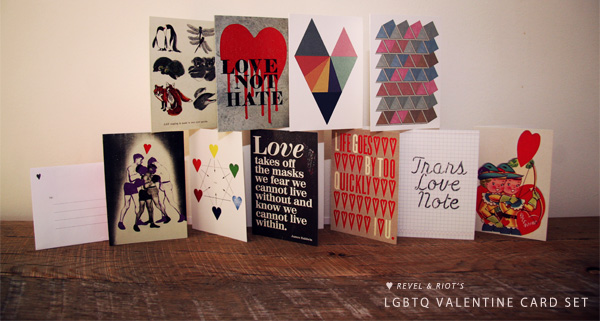 That’s why we created an LGBT Valentine’s Day card set – complete with images and words that speak to everyone, including lesbian, gay, bisexual, transgender and queer people.

We also wanted to share some stories that inspire us about the lasting power and strength that comes with real, honest love and the struggle that LGBT people have had throughout history – just to be able to acknowledge that love. 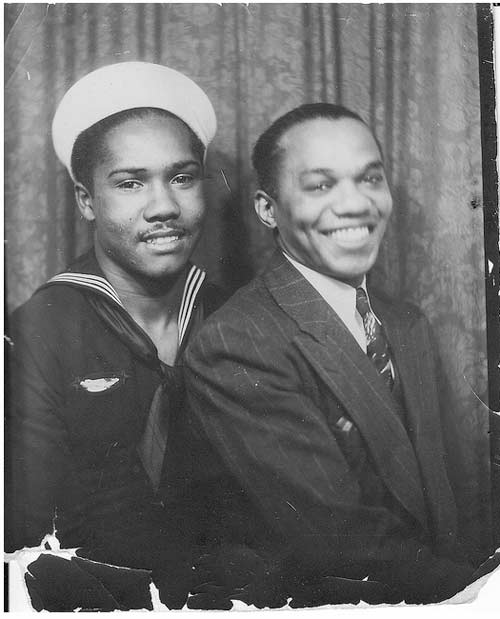 We came across this story in Colorlines, a photographic essay from historian Trent Kelly – who collected 146 rare vintage photographs of black male couples from the past 150 years. In Kelly’s words: “Historically, the Afro American gay male and couple has largely been defined by everyone but themselves. Afro American gay men are ignored into nonexistence in parts of black culture and are basically second class citizens in gay culture. The black church which has historically played a fundamental role in protesting against civil injustices toward its parishioners has been want to deny its gay members their right to live a life free and open without prejudice.”
A closer look at Trent Kelly’s archive can be seen here.

When gay marriage was legalized in New York last year, Phyllis Siegel, 77, and Connie Kopelov, 85, were the first couple to officially tie the knot. “It was just so amazing,” said Siegel, who has been with Kopelov for 23 years. “It’s the only way I can describe it. I lost my breath and a few tears. This is the first day of the rest of our lives.” 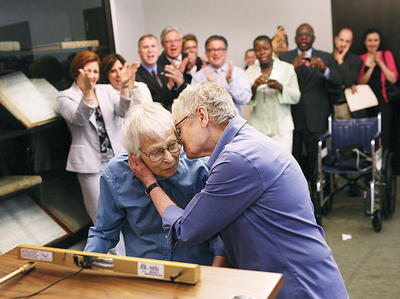 Del Martin and Phyllis Lyon met in 1950, and started living together as a couple on Valentines Day 1953. They founded the Daughters of Bilitis, the first social and political organization for lesbians in the United States. On February 12, 2004, – 55 years into their relationship – they were issued a marriage license by the City and of San Francisco after mayor Gavin Newsom ordered marriage licenses be given to same-sex couples who requested them. Four years later, and after over 60 years together, Del died in 2008, at 87 years of age. 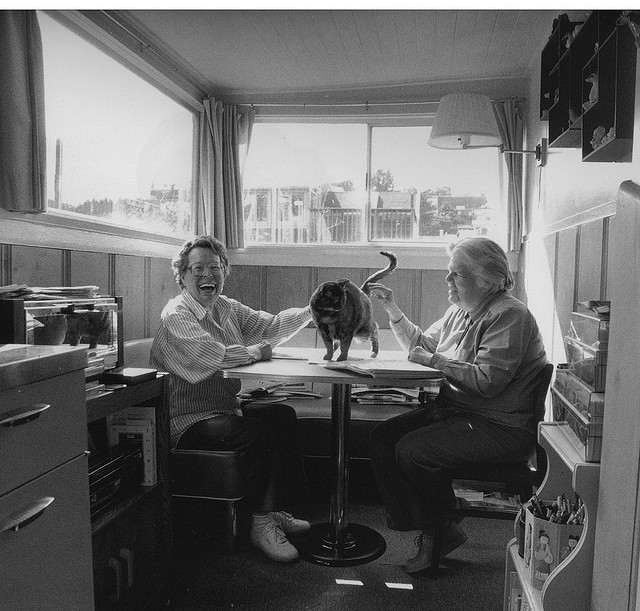 We first read about Janet Mock on xojane.com. She is a GLAAD Award-nominated writer and trans advocate, who wrote a beautiful essay on what it was like to tell her boyfriend, filmmaker Aaron Tredwell, that she was born a boy. It’s a moving and heartwarming story about honesty and love – perfect for a day that should represent love in all its forms. 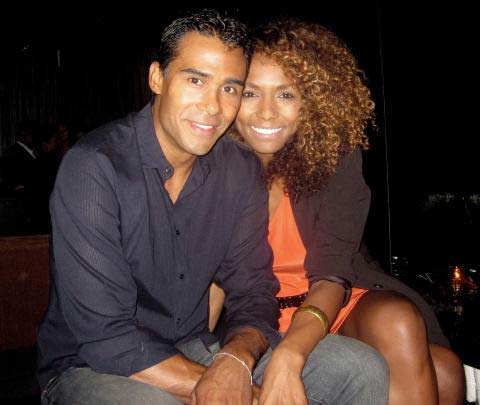