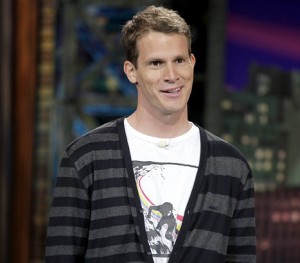 Popular Comedy Central comedian Daniel Tosh lost loads of credibility this past weekend with a joke many have taken to be extremely out of line.

Feminist blogs and mainstream media galore have covered the story of the well-known host of Tosh.0, who made a series of jokes about rape at a show at the Laugh Factory in Hollywood last Friday. A woman in the audience called him out on it, yelling back, “Rape jokes are never funny!”

Tosh responded by saying, “Wouldn’t it be funny if that girl got raped by, like, five guys right now? Like right now? What if a bunch of guys just raped her?” A friend of “that girl” posted about the incident on her Tumblr, and the web has blown up with commentary.

Some people have defended Tosh, saying it’s the nature of his act to be outlandish and offensive and that criticisms of his performance infringe on his free speech rights. Others say the girl who blogged about the night exaggerated Tosh’s words.

But most who have spoken up seem to say Tosh was in the wrong and rape jokes of any kind shouldn’t be tolerated, particularly those aiming to humiliate and degrade a target – in this case, the girl who spoke up.

The comedian apologized halfheartedly on Twitter, saying, “all the out of context misquotes aside, i’d like to sincerely apologize…the point i was making before i was heckled is there are awful things in the world but you can still make jokes about them.”

There’s no doubt Tosh messed up on that stage, and critics are right to call him out on what was an incredibly inappropriate and offensive “joke.” He may still have the chance to redeem himself and show that he learned from his mistake, but no signs yet on whether he’ll take the opportunity.