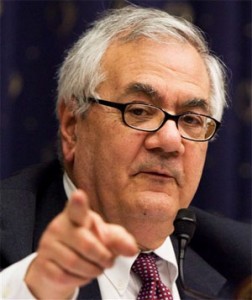 Barney Frank announced a few weeks ago that the updated Democratic Party platform would include language in support of marriage equality. Now, Democrats have released a portion of the platform draft confirming it.

In a memo released to Buzzfeed, the Democratic platform draft language states:

“We support the right of all families to have equal respect, responsibilities, and protections under the law. We support marriage equality and support the movement to secure equal treatment under law for same-sex couples. We also support the freedom of churches and religious entities to decide how to administer marriage as a religious sacrament without government interference.

We oppose discriminatory federal and state constitutional amendments and other attempts to deny equal protection of the laws to committed same-sex couples who seek the same respect and responsibilities as other married couples. We support the full repeal of the so-called Defense of Marriage Act and the passage of the Respect for Marriage Act.”

A committee will have to approve the language at a meeting this weekend in Detroit and convention delegates will have to adopt the platform in Charlotte.