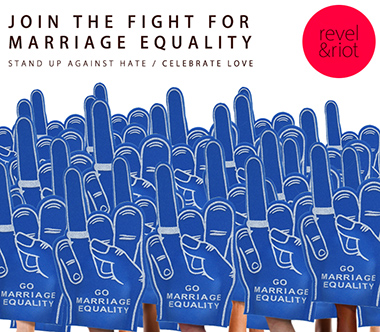 On March 26, 2013 marriage equality supporters will gather in front of the U.S. Supreme Court building in Washington D.C., 8:30am – be there! For more information check here on the Human Rights Campaign website.

This coming Tuesday, March 26 2013 and this Wednesday, March 27, The Supreme court of the United States will hear arguments in the case of Proposition 8 and the Defense of Marriage Act, two crucial cases in the fight for LGBT civil rights and marriage equality.
Prop 8 is the California measuring banning same-sex marriage, and DOMA is a law that defines marriage as the legal union between one man and one woman, and is used to deprive same-sex couples hundreds of civil rights and benefits such as hospital visitations, child custody, immigration law, tax benefits, automatic inheritance and more. 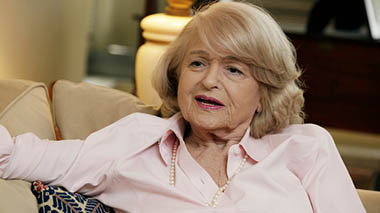 Such is the example of Edith Windsor, the 83 year old plaintiff in the DOMA case, who was made to pay $363,000 in estate taxes upon the death of her partner of almost 50 years. Thea Spyer had left Windsor her shares of the property they had bought together, and because the federal government doesn’t recognize same-sex marriage, Windsor was denied the right that straight married couples have to automatic inheritance. “If Thea was Theo,” said Windsor “I would not have had to pay” those taxes. “It’s heartbreaking,” she adds. “It’s just a terrible injustice, and I don’t expect that from my country. I think it’s a mistake that has to get corrected.”United States v. Windsor, will be heard on March 27, 2013.

NPR, The New Yorker, The NY Times have all published inspiring stories about Edith and Thea’s love story, the struggles and triumphs of being gay through the decades, and their eventual marriage, which happened in Canada less than two years before Thea’s death from multiple sclerosis.