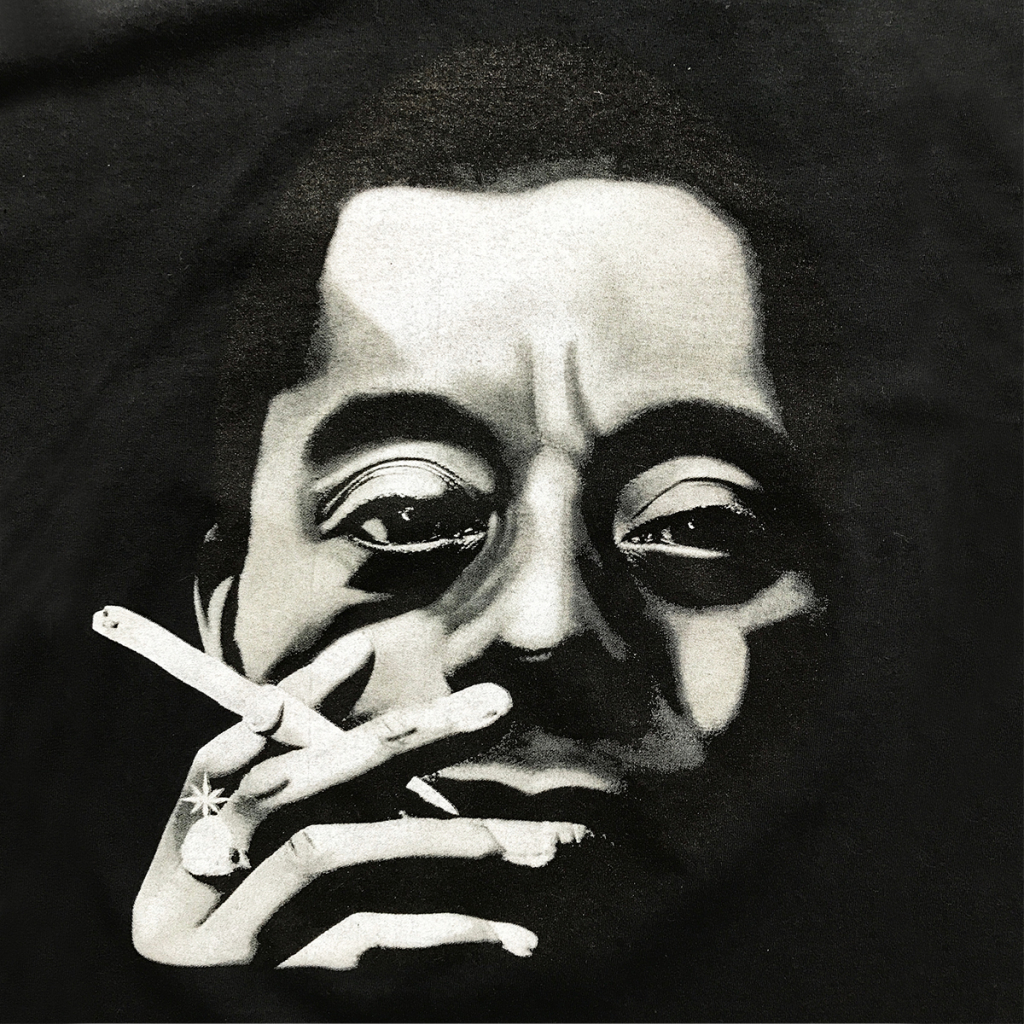 James Baldwin (1924-1987) was a gay, American novelist, civil rights activist and social critic. He was noted for his novels on sexual and personal identity, and for his essays on the civil-rights struggle in the United States. The James Baldwin tee is done in a Tupac-style airbrush on the front, with his name and a quote on the back that reads:
“People who shut their eyes to reality simply invite their own destruction, and anyone who insists on remaining in a state of innocence long after that innocence is dead turns himself into a monster.”

Get the James Baldwin t-shirt in the shop for $29. 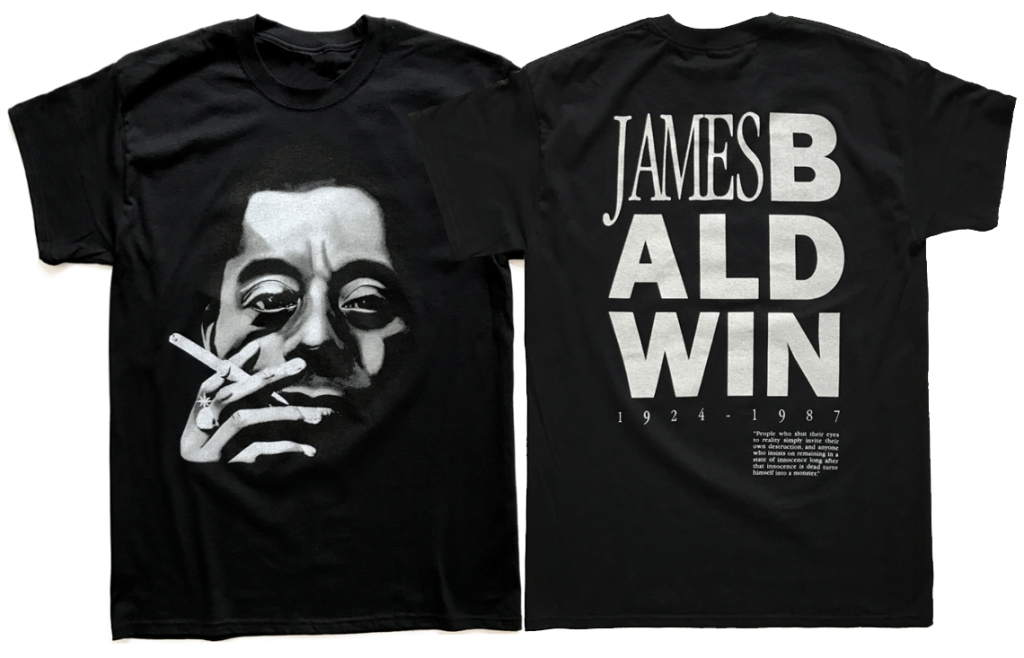