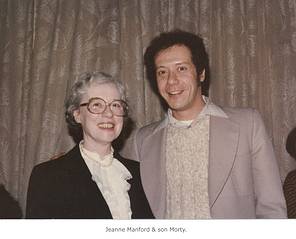 Jeanne Manford, founder of Parents, Families and Friends of Lesbians and Gays has died at 92 in her Daly City, California home. According to her daughter, Suzanne, Manford’s health had been in decline for several years.

“She is known to thousands of people as the mother of the straight ally movement, but to me –- she was my mother,” her daughter said in a statement. “She was someone who would always do the right thing, the good thing. She supported all people, and that meant so much to us growing up.”

After her gay son was beaten during a Gay Activists Alliance demonstration in 1972, Manford formed what was then known as “Parents of Gays” and marched in the Christopher Street Liberation Parade that year. The group’s very first meeting was held in New York’s Metropolitan Community Church in 1973.

PFLAG released a statement that said: “All of us, people who are lesbian, gay, bisexual, transgender, and straight allies alike — owe Jeanne our gratitude. She paved the way for us to speak out for what is right, uniting the unique parent, family, and ally voice with the voice of LGBT people everywhere.”