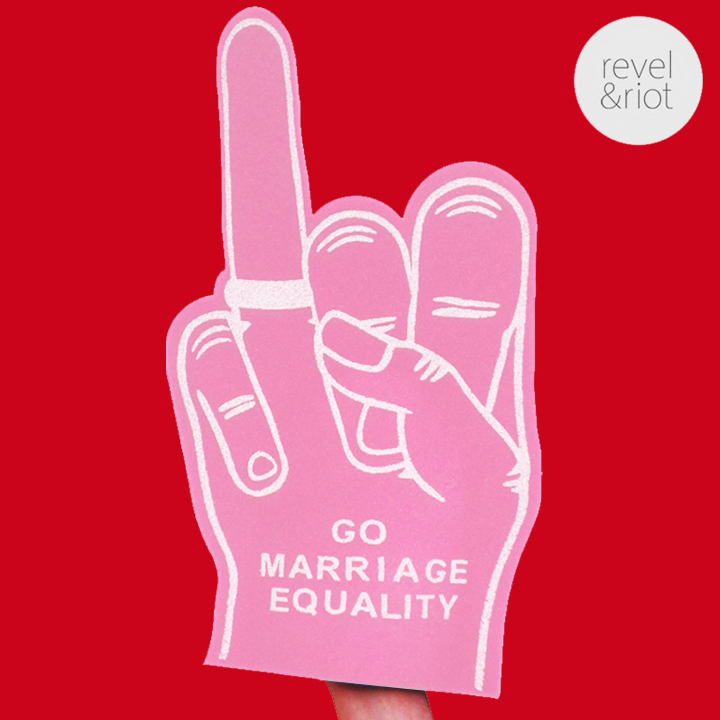 From npr.org
by Eyder Peralta

The Supreme Court issued rulings on two highly-anticipated cases on gay marriage today. By 5-4, it ruled the federal Defense of Marriage Act, which defines marriage as a union between one man and one woman, is unconstitutional.

But in a separate ruling, it declined to take on the broader issue of gay marriage. The courtdecided supporters of Prop 8, a 2008 ballot measure that outlawed same-sex marriages in the state, did not have standing to bring the case to the court.

NPR’s Carrie Johnson explains: “By a holding of 5-4 with Chief Justice John Roberts in the majority, the Supreme Court rules the petitioners lack standing so the court avoids the underlying issues, remands and wipes away the decision by 9th Circuit Court of appeals, which means for now the lower court ruling invalidating California’s Prop 8 stands.”

That means gay marriages in California may resume but the ruling does not have a broader implication across the country.

The Defense of Marriage Act case is simpler. As SCOTUSblog reports, the court struck down the federal law because it denies same-sex couples the “equal liberty” guaranteed by the Fifth Amendment.

The 1996 Defense of Marriage Act, or DOMA, was signed into law by President Bill Clinton, barring federal recognition of same-sex marriages for purposes such as Social Security survivors’ benefits, insurance benefits, immigration and tax filing.

Section 3 of the law defines marriage as “a legal union between one man and one woman as husband and wife” and a spouse as “a person of the opposite sex who is a husband or a wife.” That provision had been struck down by eight lower courts before the Supreme Court’s 5-4 ruling in United States v. Windsor.

This decision means that legally married same-sex couples are now entitled to the same federal benefits as married opposite sex couples.

In Hollingsworth v. Perry, Chief Justice Roberts was joined by Scalia, Ginsburg, Breyer and Kagan. Kennedy filed a dissent in which Thomas, Alito and Sotomayor joined.

SCOTUSblog has this “plain English” explanation of what happened in the Prop 8 case:

“After the two same-sex couples filed their challenge to Proposition 8 in federal court in California, the California government officials who would normally have defended the law in court, declined to do so. So the proponents of Proposition 8 stepped in to defend the law, and the California Supreme Court (in response to a request by the lower court) ruled that they could do so under state law. But today the Supreme Court held that the proponents do not have the legal right to defend the law in court. As a result, it held, the decision by the U.S. Court of Appeals for the Ninth Circuit, the intermediate appellate court, has no legal force, and it sent the case back to that court with instructions for it to dismiss the case.”

In a statement, President Obama praised today’s Supreme Court decision. He said DOMA was “discrimination enshrined in law” and called the ruling invalidating the law “a victory for couples who have long fought for equal treatment under the law.”

“We welcome today’s decision, and I’ve directed the Attorney General to work with other members of my Cabinet to review all relevant federal statutes to ensure this decision, including its implications for Federal benefits and obligations, is implemented swiftly and smoothly.

“On an issue as sensitive as this, knowing that Americans hold a wide range of views based on deeply held beliefs, maintaining our nation’s commitment to religious freedom is also vital. How religious institutions define and consecrate marriage has always been up to those institutions. Nothing about this decision – which applies only to civil marriages – changes that.”