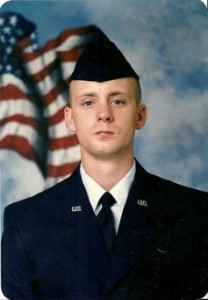 “Under the settlement, all service members covered by the lawsuit will be contacted by the government and notified that they are eligible to opt in to the settlement and receive 100 percent of the separation pay that they would have received had they been discharged for any other honorable reason. Federal law entitles service members to separation pay if they have been involuntarily and honorably discharged from the military after completing at least six years of service in order to help ease their transition to civilian life.

The settlement covers service members who were discharged on or after November 10, 2004, which is as far back as the settlement could extend under the applicable statute of limitations.”

Richard Collins, the main plaintiff in the case, served nine years in the Air Force before being discharged under “Don’t Ask, Don’t Tell.”
Collins said after the ruling that it “means so much to those of us who dedicated ourselves to the military, only to be forced out against our will for being who we are,” said Collins. “We gave all we had to our country, and just wanted the same dignity and respect for our service as any other veterans.”