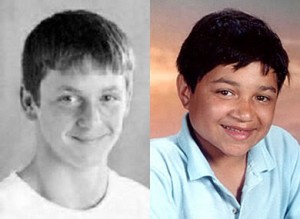 Brandon McInerney – who on February 12, 2008, during a computer class, took a .22-caliber revolver and shot 15-year-old Laurence King twice in the back of the head – has been sentenced to 21 years in state prison.

McInerney didn’t have anything to say today at his sentencing but his attorney said McInerney is deeply remorseful for the murder of King. In a deal reached with Ventura County prosecutors last month, McInerney agreed to avoid a retrial and plead guilty to second-degree murder, as well as one count each of voluntary manslaughter and use of a firearm.

A mistrial was declared in September when jurors couldn’t reach an unanimous decision on the degree of guilt.

McInerney received 21 years with no credit given for time served prior to the trial and no credit will be given for good behavior. He will initially serve his sentence in a juvenile facility and then transferred to prison upon turning 18.