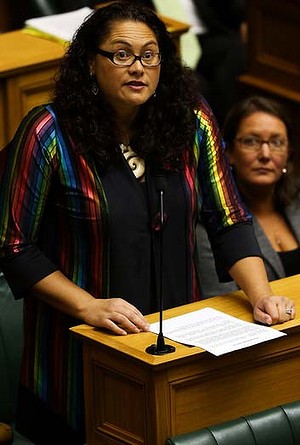 New Zealand has just become the 13th country in the world to legalize gay marriage. The third reading of a marriage equality bill was held in the New Zealand parliament today and was passed by a vote of 77 to 44.

The Bill’s sponsor, Labour MP Louisa Wall, said that “excluding one group from marriage was oppressive and unacceptable” and that “nothing could make me more proud to be a New Zealander than passing this bill.”

Customs Minister Maurice Williamson said “I give a promise to those people who are opposed to this bill right now… the sun will still rise tomorrow, your teenage daughter will still argue back with you as if she knows everything, your mortgage will not grow, you will not have skin disease or rashes or toads in your bed.”

“So don’t make this into a big deal, this is fantastic for the people if affects but for most of us life will go on.”

The legislative council session was opened to the public, and over 300 people watched the vote live. There were a few opponents of the bill present at the session, many of whom were seen praying during the speeches. They left quietly after the bill was passed.

The first same-sex marriages in New Zealand will be performed in August.