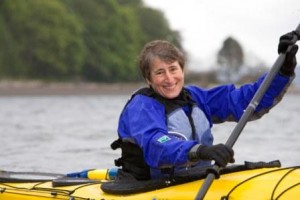 REI, an outdoor retailer based on Washington, announced this week it would join the likes of Google, Starbucks and Amazon in supporting marriage equality.

The company has 11,000 employees and has made it on Fortune’s list of 100 Best Companies to Work For every year since the list was created in 1998. In a blog post to the corporation, CEO Sally Jewell wrote that the retailer would be officially endorsing marriage equality because everyone deserves the right to marry the person they love.

“Marriage equality is important to the co-op because the benefits, legal clarity and societal understanding that Warren and I have enjoyed these past 34 years should be available to any two people who want to express their love and make a permanent commitment to each other that is so clearly provided for in the legal definition of marriage,” Jewell wrote.

Washington legalized same-sex marriage in February, though voters will decide whether to uphold the law in November’s election. Washington United for Marriage, a group fighting on behalf of marriage equality in the state, has raised more than $5 million, while its opponent group, Preserve Marriage Washington, has raised a little over $250,000.