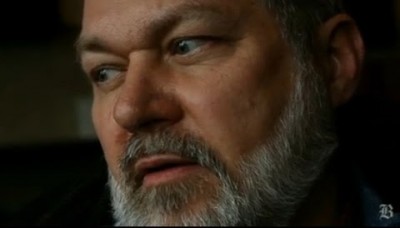 Scott Lively is an American evangelical pastor who runs an Abiding Truth Ministries church and a Christian coffee shop in Springfield, MA. He is also a member of a group of American Christians who helped draft the original version of Uganda’s anti-gay bill – a bill which called for the death penalty as punishment for certain circumstances of homosexuality.

Under a statute which allows non-citizens to file U.S. court actions for violations of international law, the Ugandan Gay Rights group, led by Frank Mugisha, is suing Lively for “helping spread propaganda and violence” against Uganda’s gay people.

“We hope that he will be held accountable for what he did in Uganda,” said Mugisha. “We want to send out a clear message to him and to others.”

Mugisha’s organization, called Sexual Minorites Uganda, is working with a New York-based group called the Center for Constitutional Rights, who have filed the suit with attorney Pam Spees. Mugisha is the 2011 recipient of the Robert F. Kennedy Human Rights Award.

The details of the lawsuit show that while visiting Uganda with other Christian ministers in 2009, Lively issued a call in that country to rally against a “genocidal” and “pedophilic” gay movement, which he likened to “the Nazis and Rwandan murderers.”

Lively has said that his words have been taken out of context, and calls the lawsuit “frivolous” and “absurd.” Lively is the co-author of The Pink Swastika, a book which states that “homosexuals are the true inventors of Nazism and the guiding force behind many Nazi atrocities.”

In 1991, Pastor Scott Lively was charged with assault after he threw a woman who was filming his sermon against a wall. The Southern Poverty Law Center regards his Christian organization, the Abiding Truth Ministries, as a hate group.