HATE CRIMES AGAINST THE LGBTQ COMMUNITY 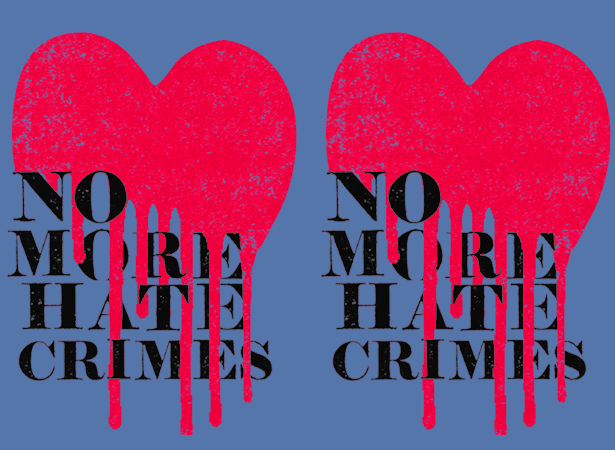 WHAT IS A HATE CRIME?
“In law, [a hate crime is] a crime directed at a person on the basis of characteristics such as race, religion, ethnicity, sexual orientation or gender expression. The concept emerged in the U.S. in the late 1970s, and since then laws have been passed in many U.S. states mandating additional penalties for violent crimes motivated by bias or bigotry against particular groups.” (Encyclopædia Britannica). These actions may be caused by cultural, religious, or political conventions and biases. They may or may not be supported by the country’s legislation.

A hate crime can occur from a single bias, such as transphobia, or it can have multiple biases, such as homophobia and race combined. Additionally, an LGBTQ person may be a victim of a hate crime that is motivated by a racial bias only. While this article focuses primarily on the history and current state of homophobic, biphobic and transphobic violence in the USA, we recognize that much of the LGBTQ community is targeted for hate crimes of multiple biases, with communities of color, transgender women of color, and transgender people at a disproportionate risk.

In the FBI’s Hate Crime Statistics Report of 2013, gender (male or female) and gender identity (transgender and gender nonconformity) were added to the list of bias categories for the first time. This is because data for the report was collected under the Matthew Shepard and James Byrd, Jr. Hate Crime Prevention Act of 2009. The report showed that of the 5,928 single-bias hate crimes committed in 2013, 20.8% were based on sexual orientation, 1402 of those crimes committed against gay men. 48.5% of hate crimes were found to be motivated by race. The report does not categorize multiple bias crimes.

THE MATTHEW SHEPARD ACT / HATE CRIME LEGISLATION in the USA

In 1998, Matthew Shepard, 21 years old, was robbed, tortured and left for dead by two young men. The court failed to charge the two men with a hate crime sentence, sparing them the maximum sentence, as no Wyoming criminal statute provided for such a charge. Public outcry over Matthew Shepard’s brutal death and rise of awareness about violent homophobia, led to several attempts to pass a Federal hate-crime law including sexual-orientation and gender identity. The bill repeatedly failed in congress. Finally, The Matthew Shepard and James Byrd’s Hate Crime Prevention Act was passed by Congress and signed into law by President Barack Obama on October 28, 2009. This measure expands the 1969 United States federal hate-crime law to include crimes motivated by a victim’s actual or perceived gender, sexual orientation, gender identity, or disability. The Act is the first federal law to extend legal protections to transgender persons.

Today, in the US, 31 states, the District of Columbia and Puerto Rico include sexual orientation as a specific hate-crime. Only 17 states the District of Columbia, and Puerto Rico actually include both sexual orientation and gender identity. However, many LGBTQ organizations including the Sylvia Rivera Law Project, believe that hate crime law does not in fact stop or even deter violence against LGBTQ people, rather it diverts much needed resources to legislative directives and expands an already deeply corrupt criminal justice system. The Matthew Shepard and James Byrd, Jr. Hate Crimes Prevention Act specifically provides major increases in funding for the U.S. Department of Justice and local law enforcement to use in prosecuting these crimes – including special additional resources to go toward prosecution of youth for hate crimes.

On June 12, 2016, a mass shooting occurred inside Pulse, a gay nightclub in Orlando, Florida on a Latinx night. The shooting resulted in 50 deaths, including the gunman who was killed by police after a three-hour standoff, with another 53 injured. The attack was the deadliest mass shooting by a single gunman in U.S. history, the deadliest incident of violence against LGBT people in U.S. history. The majority of the victims were people of color and LGBTIQA+.

Genocide of Homosexuals in the Holocaust

article on hate crimes in The Nation